The streaming off-air recording service Box of Broadcasts (BoB) will be undergroing a major technical upgrade at the end of September. The service needs to be considered ‘at risk’ between 29 September 2015 and 6 October 2015, while infrastructure changes are implemented. This means that there will be periods when the service is unavailable, or when functionality is temporarily reduced, and other periods of time when the service continues to run normally.

A further update will follow once the upgrade works have been confirmed as completed.

The new BoB platform will offer a number of new features, including the following: 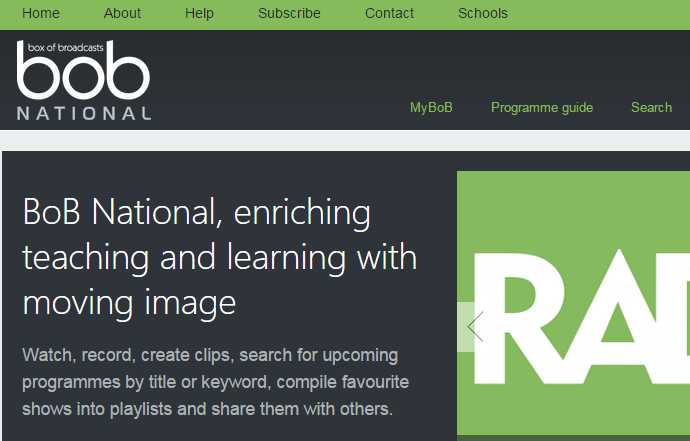